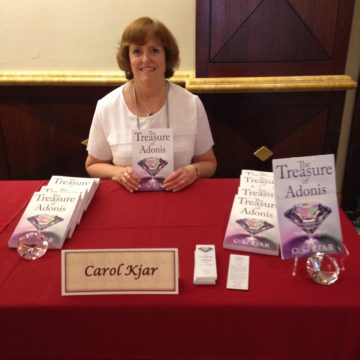 I’m a self-published author who writes sweet books, meaning they are clean books. My books don’t have profanities, detailed sex scenes, or lots of preaching. While they may fall in the Christian fiction genre by some criteria, my books are generally considered sweet women’s fiction. Try reading one of my books. I hope you’ll see it’s a great story that anyone can read. I enjoy self-publishing my books because of the freedom it offers. With traditional publishing, there’s pressure to write the same genre your whole career. I don’t like being boxed in, and I want the autonomy to write whatever I want to. So for now, you won’t find my books in a book store, but you will find them on Amazon and Kindle. The Treasure of Adonis is also available as an audiobook on Audible. 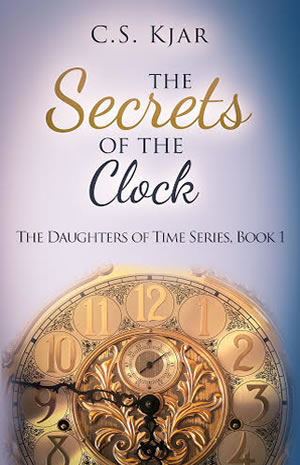 The Secrets of the Clock – The Daughters of Time Series, Book 1

Essie Bunny, Sharon Claus, and Hannah Horseman are ordinary sisters with extraordinary families. They have not spoken to each other since a big blow-up at a family event fifteen years ago. When their mother dies, she leaves them a cryptic message, telling them to search for her last wishes on a videotape in their childhood home. She also tells them to set the old grandfather clock to five o’clock, and wait for the magic to happen. Barely restraining their dislike of each other, the sisters return to their mother’s home on a Florida beach to find a closet stuff full of unlabeled videos. The grandfather clock sits quietly against the wall showing nine-fifteen, just like it always has. Resentment grows as they search for the right videotape and try to understand what magic will come when they set the non-working clock to five o’clock.

The Secrets of the Cottage – The Daughters of Time Series, Book 2

The cottage of Francis Time is guarded by two pirate ghosts, but the ghostly guards are attracting too much attention. The neighbors complain about eerie sounds coming from the cottage and lights that blink on and off all night. Essie Bunny, Sharon Claus, and Hannah Horseman travel back to Florida after the sheriff calls them to come see about the strange happenings in their mother’s cottage. To their surprise, they find unwanted guests have moved in and refuse to leave. The only way to evict the squatters is to find a lady ghost who has been missing for almost 200 years. Only then will the magic of the clock and the cottage be safe again. 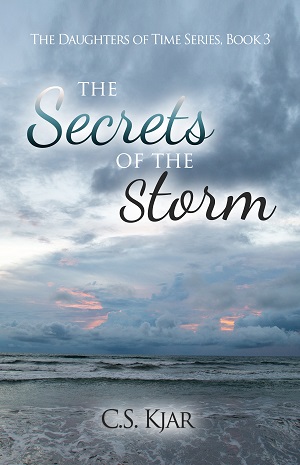 The Secrets of the Storm – The Daughters of Time Series, Book 3

Five years have passed since Essie, Sharon, and Hannah visited their mother’s cottage on the Florida beach. Their children are growing and involved in activities, leaving no time for the sisters to get away to the cottage. Even Sharon’s frightening dream about one of the dying isn’t enough to pull them together. Time apart drives old wedges between them.Essie still has her turn to call back their mother but is in no hurry to do so. Seeing her again would mean for the last time, and she’s not ready for that.When a fierce hurricane bears down on the cottage, threatening to destroy it and the magic clock, the sisters cannot agree on what to do. Delaying to the point of being too late, the hurricane almost kills one of the sisters.Disagreements and fighting comes between the sisters and their families. Loss, destruction, and crinkling paper bags swirl furiously around what is lost and the search for what used to be.

Scraps of Wisdom presents twelve quilting rules, tips, hints, and suggestions passed on by a special quilting instructor. Those lucky enough to be her students came away with more than quilting skills because her rules went beyond sewing. Her twelve rules also present life lessons and spiritual instruction, helping us lead richer lives. Come inside and discover how to cut block pieces accurately, sew them together precisely, and make something beautiful and useful out of fabric. Four simple block patterns are given, along with instructions on how to make them the size you want them to be. Read about the life philosophies that come from quilting and the Bible verses that support them. Quilting is more than a craft. It’s a way to face life. 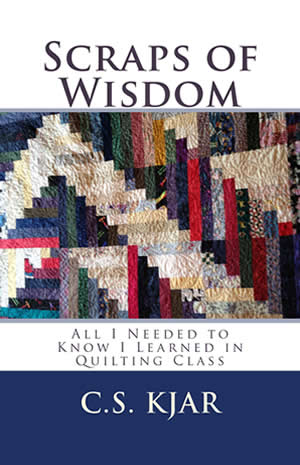 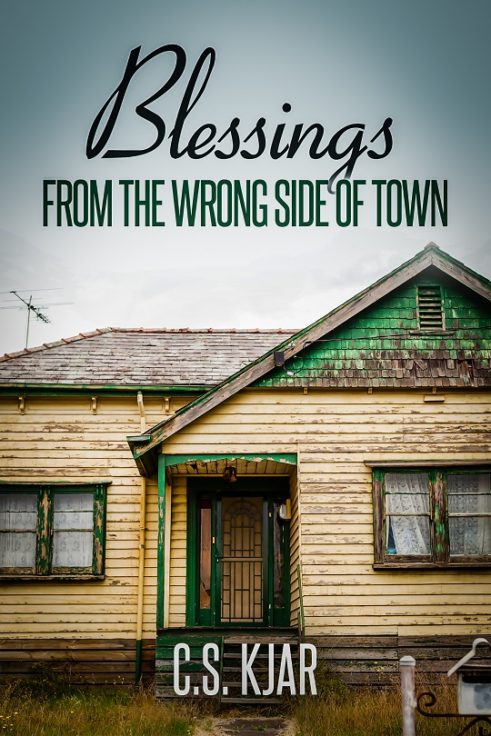 Blessings from the Wrong Side of Town

Life was mundane for Leona Templeton, her cookie-baking sister, Betty Drummond, and her long-term neighbor, Clarence Brown, until the day they come home from a funeral to find Leona’s house has been burglarized. The thieves destroyed many of her possessions, but most traumatic for Leona, they stole her mother’s ruby necklace and the gold wedding band of her late husband. Detective Bradley Smythe is assigned to investigate the crime, but Leona is dissatisfied with the snail’s pace of the his investigation. Leona decides to follow the examples of their favorite TV detectives and solve the crime herself. With Betty and Clarence in tow, Leona’s search leads them to the unsavory north side of town, where they find three boys with information about the thieves. When thugs threaten to hurt them, help comes from an unexpected place. Follow Leona, Betty, and Clarence and their friends from the Christian Church Group as Leona leads them into dangerous places and perilous situations in search of her most valued possessions.

The Five Grannies Go To The Ball: A Fairy Tale 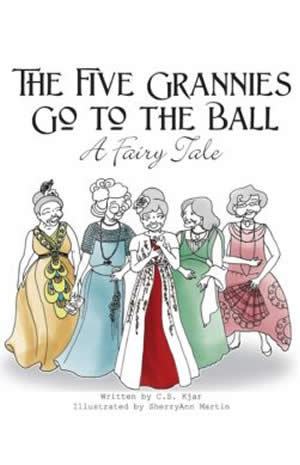 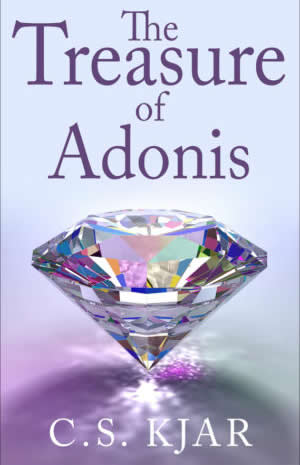 The Treasure of Adonis

For 12 years, Charlea Ludlow has hung on to the hope that her husband Mark, listed as missing in action, will return home from the Korean Conflict. Her life is on hold while she waits for Mark, wondering what happened to him and if he’s trying to get home. She finds solace in talking to his picture when she feels lonely. Her life changes when Roland and David come to the library seeking clues to a hidden treasure mentioned in an old letter. Roland’s handsome face makes her heart skip a beat, but David reminds her of Mark and she feels safe with him. The men stir her heart from its slumber and she is surprised by the new emotions that draw her to them. The men go about their search quietly until Leon, the town drunk, overhears them talking about the treasure. He wants it for himself and will stop at nothing to find it first. When Leon attacks Charlea to get the letter, Roland and David come to her rescue. But it is only the beginning. Danger, fear, and love continue to follow Charlea as she helps Roland and David search for the treasure. While helping the men in their quest, Charlea searches for her own answers: should she hold on to hope for her husband’s return or open her heart to love again?

Ashley Chen wanted a Christmas Eve wedding all her life. When Brandon Coleman proposed, she booked the Spruce Canyon Lodge high in the Colorado mountains for the event. The lodge owner, David Larson, didn’t want to host the wedding, but Ashley talked him into it. He preferred a quiet holiday with his daughter and memories of his wife who died several years earlier. Everything about the wedding seemed perfect until the storm of the decade hits. Ashley’s dreams unravel as the snow and the fur flies, and the groom and maid of honor go missing. 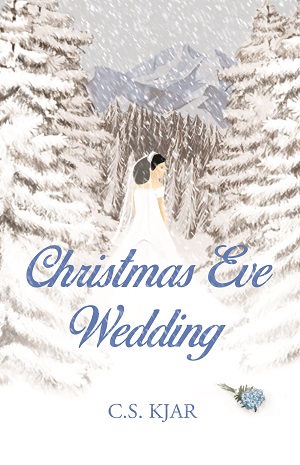