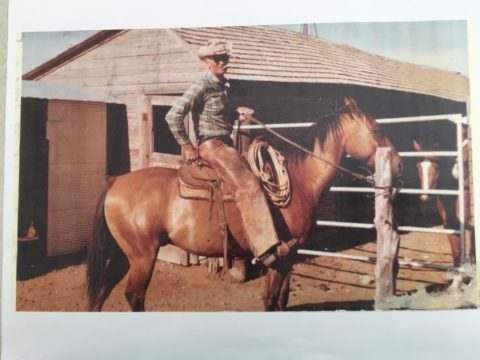 Lately I’ve been thinking about the people I’ve met in my lifetime. Recently, my thoughts gathered around someone I knew in childhood in Texas. Wayne Piper. Wayne was a cowboy. A real honest-to-goodness cowboy. He worked cattle all day long and was literally bowlegged from riding horses his whole life. He was an interesting man.
Wayne had a twin brother Dane. They went to one day of school and quit. Wayne never learned to read or write, but Dane learned to read a little. Their father worked on the 6666 Ranch and got jobs for the boys cowboying on the ranch.
The boys worked on 6666 Ranch (The Four Sixes) in northern Texas, but later worked on the Triangle Ranch (103,000 acres big) which was part of the 6666 Ranch (275,000 acres big). Wayne eventually worked on a piece of the Matador Ranch, but Dane stayed with the Triangle. He had good reason to stay there.
Dane was born with a club foot. He adapted to it, getting around with a bad limp. While working on the Triangle Ranch, the ranch owner’s daughter Miss Anne saw Dane limping. She asked if Dane had been hurt by a horse. When she was told that he had a club foot, she was furious at her father for not taking care of him. A few days later, she found 30-year-old Dane and told him to come with her. She took him to a hospital in Fort Worth where doctors did surgery to fix his foot. She nursed him back to health and he spent the rest of his life working on her ranch. He and Wayne both had a very special place in their hearts for Miss Anne.
My family lived on the Matador Wildlife Area, where the Matador Ranch cattle grazed. My dad met Wayne and he became a common sight at our house and at Dad’s office. Wayne the only cowboy assigned to take care of 754 momma cows with their calves across the 28,000 acres of the Wildlife Area. When it came time to work calves, other cowboys came in to help.
Wayne rode a stripe-back dun horse named Buck. I thought he was the prettiest horse I’d ever seen. He was a smart cowhorse, and seemed quite at home carrying Wayne around the pastures. Dane traded a gray cowhorse and a bull trailer to Dad for a covered horse trailer. I think we got the better end of that deal. That gray horse named Buttermilk was an amazing horse for us. He had a triangle brand on his cheek.
Living out on the Area, we had two horses that we rode, Chief and Dan. Chief was part Appaloosa and part Thoroughbred so he was a very tall horse with a blanket of white on his hips. Falling off him was a long way down. Dan was an older horse that was as gentle as a lamb, shorter, bigger around, and went a lot slower. I rode him more because he was easier to stay on. We mostly rode bareback because I couldn’t lift the saddle that far up. Wayne knew I wanted to be a cowgirl and gave me pointers on how to ride better. I don’t remember those pointers too well now, but I was awed that he cared enough to take the time.
I rode with Wayne and his wife one time and it traumatized me. My family was going to the parade and rodeo in Vernon, Texas, but we got a late start. My brother and I rode with Wayne and his wife in their big car. I could see the speedometer over the seat (back in the days before car seats for kids) and saw that he was going about 100 mph. I knew we were moving fast, but when I saw how fast, I was scared! He and his wife kept arguing about where along the road they’d had a car wreck in the past. His wife kept saying they “rolled and rolled and rolled so many times, I lost count.” She kept saying that over and over which made me more and more fearful. My brother and I wanted to crouch down in the floor, but knew it would be rude. We finally got to Vernon, but I’ve never forgotten the terror of that car ride. Wayne did much better on horseback than in a car.
We didn’t see Wayne after we moved away. I knew him when I was an elementary school kid, but I wish I’d have known him when I was an adult so I could have known him better. He had an impact on me even at that young age. I’ve never forgotten him. He and his brother Dane had lives that few get to experience. He was a true cowboy, a man of integrity, few words, and hard work. We need more Waynes in the world. 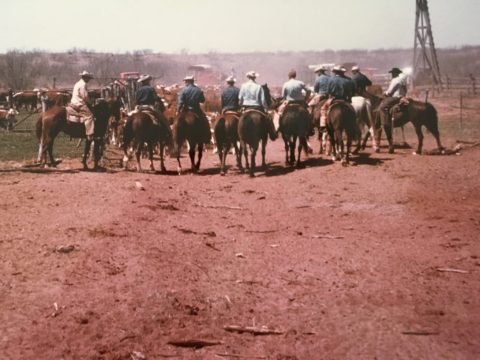