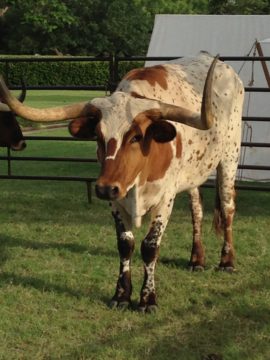 After last week’s blog about a Texas cowboy, I’ve been thinking about the big Texas ranches that are larger than some states. You know how everything is bigger in Texas? Well, that’s especially true for some of the ranches there. Many have been around for over 100 years and some have been sold off or split up. It’s the perennial problem of having more than one child and splitting their inheritance between them. Each gets a piece of the ranch and after a few generations, the ranch is only a shadow of its former self. In the case of the Waggoner Ranch, the founder puts it in his will that the ranch cannot be split up, but that didn’t really work out either. Some children and grandchildren want the money worse than the land.
A lot of ranches were struggling for a while, but when oil was discovered underneath them, it saved them. Their functions have evolved over time as well. They still raise cattle and horses, but from what I read on the internet, a lot of these ranches are getting involved with wildlife and range conservation. How nice to think of people working together to preserve what’s there.
The XIT Ranch covered 3 million acres in west Texas in late 19th century, one of the largest ranches on earth. A group of buyers got the ranch in exchange for funding the construction of the Texas State Capitol. The ranch was slowly sold off in pieces until none of it remains intact today.
In last week’s blog, I mentioned our wild trip to the town of Vernon for a rodeo. The Waggoner Ranch is in that area. My dad bought a Waggoner mare and colt at the horse sale. The Waggoner Ranch was widely known for its top-quality quarter horses. We got several really nice foals from the mare.
The King Ranch was way south of where we lived, but I heard of it through the recipes that bore the ranch’s name (ever heard of King Ranch Casserole?). The ranch covers about 825,000 acres according to their website. Like other big ranches, the King Ranch raises cattle and horses, but is also conservation minded.
My family lived on the Matador Wildlife Area, a corner of the Matador Ranch. The ranch was largest at the start of the 20th century. My family used to drive through the town of Matador, just off the caprock, on our way to go to church. I haven’t been there in decades, but I’d like to see it again. Just to see if it’s even there. The ranch is very proactive in environmental issues. My dad was a wildlife biologist shortly after the establishment of the wildlife area. He sometimes took us kids on dove counts and quail counts, and sometimes he took us to the Pease River to listen to the wild turkeys roosting in the trees. The wildlife area has won awards on their conservation efforts to benefit wildlife populations in that part of Texas.
I visited my old home grounds last summer when I stopped by the Matador Wildlife Area office. I spoke with the receptionist and told her what I knew of the history in the mid-1960s. She was genuinely interested to hear and asked me about several things that I was able to shed some light on. Like where the antelope head in the old house came from (it was my dad’s). And where the corrals had been (near the old house with the antelope head in it). My visit brought back a lot of happy memories.
Texas history is really interesting. Explore it through Google. You’ll be surprised at what you find.