I just finished an intensive week of writing at the annual West Texas Writers Academy. I took a class offered for the first time to alumni only. A very special group of writers came together to work on unfinished projects. I went in with two sentences of the plot of The Secrets of the Storm, Book 3 of my Daughters of Time series. With the brainstorming and suggestions of my classmates over the week, I plotted the book and wrote over 12,000 words (most books are between 60K and 100K, this one will likely hit around 65K).

This week’s blog is unusual. It is a sneak peek at the first chapter of Book 3 written during WTWA. This is the first draft so it’s tentative and raw. I hope you’ll find it interesting and make you want to read Books 1 and 2.

The gray dust of the moon floated around Father Time’s boots as he looked up into the darkness of the universe. Galaxies, black holes, and gaseous clouds floated in limitless space while the music of the spheres hummed in his ears. Overhead a beautiful multicolored globe spun on its axis, providing a colorful contrast against the black of space. A smile cracked his face as he watched everything running in synchronous harmony.

“You seem pleased with yourself.”

Father Time spun around to see who had interrupted his peaceful moment. There in her leafy gown that flowed down her body and across the lunar surface stood Mother Nature. Her crown of calla lilies, white roses, daisies, and moonflowers framed her round face. Her thick mossy hair was braided and fell over one shoulder. The tilt of her head and her hands on her hips signaled the tone of the impending conversation.

“Hello, Terra,” he said with the same grit as moonscape sand. “Won’t your flowers wilt in this non-atmospheric sun?”

Terra gave a snort. “No, they won’t, Chronos, but thanks for your nonexistent concern.”

“I just found out that your latest wife died recently. How come you never told me about it?”

Looking down at his boots, Chronos flicked up a small about of dust and let it hang there, floating above the lunar surface and the earth. He gritted his teeth and tapped his fingertips against his thigh. Answering Terra’s question about his beloved Frances wasn’t hard, but her rebuttal to his statements would ruin his moment of peace.

“My beloved Frances died peacefully five years ago. I cannot speak to why you didn’t hear about it. I’m not in your social network.”

Terra huffed as she stomped around him. “I told you many millennia ago that we immortals have to stick together. Mortals die in such a short time that you hardly get time to live together. I don’t know why you keep insisting on mixing with them.”

“I cannot direct where my heart takes me. Francis was precious to me, and you will not talk against her or my daughters.” He moved away from the growing dust cloud around Terra’s gown. If he left now, he’d be away from her, but he’d have to come back and remove their footprints in the dust. Humans would follow him to the moon one day and the mysterious footprints would cause too much erroneous conjecture on how they got there.

Terra came up beside him, hooked her arm around his, and leaned her head on his shoulder. “I mean no disrespect for her or your daughters. I only mean that since you’re between wives that you should consider marrying me. I have loved you forever. I’m an immortal like you. We could always be together.”

Father Time pulled his arm away from her. “I’m sorry, Terra. I still grieve for my Francis.”

“But think of it, Chronos! What wonderous things we could do! You could reverse time and allow me to heal the earth. I could bring back some of my children who are gone forever. I purify the water, land, and skies so they are clean and fertile. Together we could heal this creation.”

“What’s done is done. You cannot go back and change it.” He moved to face her. “Don’t you understand why we can’t marry? We grew up together so you’re like my sister. Marrying you wouldn’t be right. I’m very busy, you know, so I wouldn’t be much help in your efforts to save the earth. Why don’t you find yourself a handsome wood nymph or hamadryad that will help you in your fight. They could help you more than I can.”

“I need time to save the world. I love you, Chronos. Marry me.”

Father Time rubbed his eyes. The conversation was an old one, repeated after each wife died. He felt nothing for her other than what any man might feel for a female acquaintance. No spark. No electricity. No stirring. Yet she always came to insist they marry. He wished he could grant mortality to her perennial passion for him.

“I’ll give you all the time you want to heal the earth,” he said as he pulled his cloak around him. “But don’t ask me to marry you because I won’t.”

“Then give me your magic clock.”

He stood rooted to the spot. Of all the secrets he held, his magic clock was the most sacred. His clock held his secrets and allowed him to connect with the mortal world. The clock altered time for mortals. Only his most trusted wives and children had access to it. No one else knew about it. He turned slowly to face Terra, wondering which of his daughters had let their secret slip.

“How do you know about the clock?”

Terra looked at her nails, polished one with a fingertip, then folded her hands. “Little children have such a hard time keeping secrets. Seems one of yours saw her grandmother coming out of a clock after she died. Is that true?”

The silent vacuum of space hovered between them.

He stared at the woman, wondering why she wanted his magic clock, but was afraid to utter the words. Many possibilities were frightening. Most frightening of all was his magic clock would be in the hands of someone he didn’t trust.

“Don’t look at me so hard, Chronos. I want it for a good reason. You can show me how to call back my species that are gone from the earth. That’s all I want with it. To bring back my extinct friends. That’s not too much to ask of you, is it?”

Terra’s lower lip stuck out, and her eyes moistened. “But Chronos, they’re my babies! Just like that little girl is your grandbaby, those species are my babies. Please help me bring them back.”

Father Time shook his head. “I can’t. Once some things are gone, they’re gone forever. Even the clock can’t bring everyone…or everything…back from the dead. The clock is mine. I will not give it away.” He turned away from her and faded from sight.

Mother Nature’s eyes narrowed. She twirled so quickly that the lunar dust turned into a dust devil. In the Pacific Ocean, a volcano erupted.

Thanks so my classmates for their encouragement and suggestions! 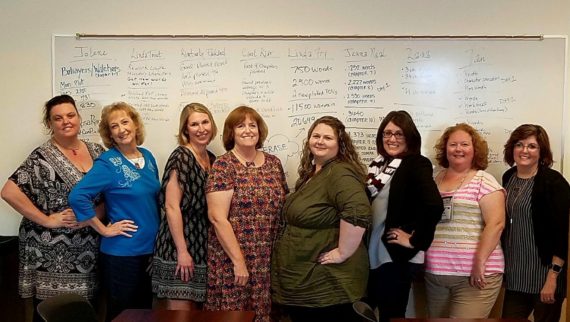