Over the past few months, I was privileged to visit nearly twenty national parks and monuments. The beauty of nature took my breath away. The artifacts and historical features left behind by people who lived there for hundreds of years was awe-inspiring. Sadly, even when park rangers are there to pick up, a lot of people are pigs. They make a mess in the bathrooms and don’t bother to clean up after themselves. Trashcans are everywhere but are apparently invisible to many because there’s trash on the roadsides. The lack of respect for beautiful places is sad, and I appreciate how hard the park rangers work to keep the places as clean and patrolled as they do.

Since the shutdown, I can hardly bear to watch the news. Now that the national parks are open without ranger oversight, these national treasures are being trashed, pilfered, and vandalized. It breaks my heart. Once Mother Nature or historic features are destroyed, there’s no going back. Once it’s damaged, it may take years and years for it go back to the way it was. Too many people have no respect for nature.

Common sense tells most people that if no one is working at a national park, the bathrooms may or may not be locked. Even if they are open, who do they think will clean them and provide toilet paper? Common sense says no one. Who will be picking up the trash? Common sense says no one. So why are trashcans overflowing inside the parks? Who will clean up this mess up and make repairs when Congress and the President decide to open government again? The National Park Service has such a small budget, they can barely afford to clean up after the paying customers.

Here’s some common-sense tips if you want to visit a national park while it’s “free.” Whatever you take it in, pack it out, including your trash. Take a trash bag with you and pick up what you can. Take it home and dispose of it. If you make a mess, clean it up. Don’t be a pig and destroy things. Beautiful places took thousands of years to become that way. Destroying them takes it away from all us living now and those who will come after us.

The National Park Service will likely get no increase in their budget to clean up all the garbage and vandalism left by those who had a free-for-all rather than a free look. They will certainly need the help of people who care about the special places. Help them out. Volunteer, clean up, and restore the respect our national parks and monuments deserve. 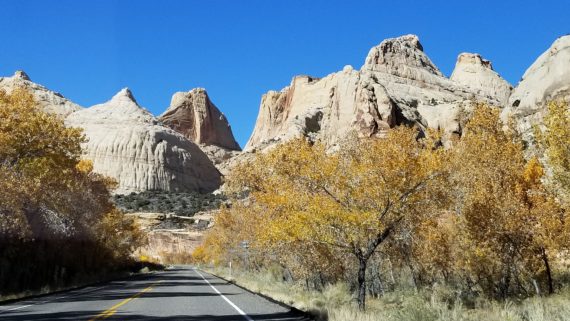